This 1969 Boa Ski, it was originally sold by Lameys Garage, Plains Road in West Gardiner Maine to the local road commissioner. Note that it only had a four digit registration number! By Feb ‘71 a new family owned it.

They kept it many years, eventually it was left outside a shed alongside two Arctic Cats. I decided it was a good candidate to replace the Ski Doo 800 asphalt drag sled and brought it home. Shortly after taking this picture one tug on the seat destroyed it.

The Boa was fitted with a 670 Rotax and some modern drivetrain components hidden inside and took it drag racing. Looking at some of the old time slips from Martin Michigan in 2011 it would go 114 MPH in the quarter mile in 11.31 seconds.

Although I enjoyed the sled it was having some issues. There were stress cracks in the tunnel and two accidents had bent the frame. Fixable but then the center connecting rod failed destroying the engine case.

The time had come to move on. 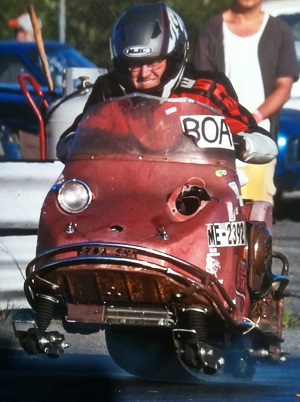 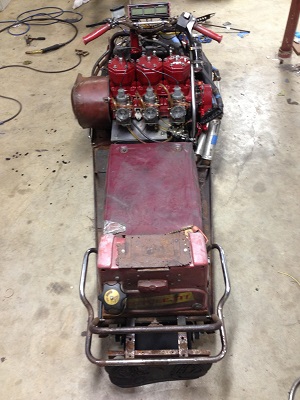 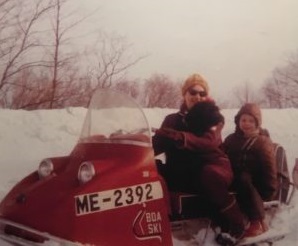